This is Talk Number 19 in a series that will become the You are a media company course. This is the 1st of the final 4 that I will speak about other types of marketing tools out there. In the last chats I spoke about things like social media. This chat, I will focus on the future of podcasts and video.
Definition of a Podcast: First mentioned by Ben Hammersley in a 2004 Guardian newspaper article in which he rattled off possible names for this booming new medium, the “pod” of podcast is borrowed from Apple’s “iPod” digital media player; and the “cast” portion of podcast is taken from Radio’s “broadcast” term. As a matter of clarity, just because it’s named after Apple’s iPod, does not necessarily mean that you have to own or use an iPod — or any portable digital media player for that matter — to enjoy a podcast.
Technomedia defines a podcast is a type of digital media, usually audio, that is available in a series of episodes or and is streamed or downloaded by the end user over the Internet. Podcasts can be made available via a release schedule or uploaded to the Web randomly.
YouTuber is a frequent user of the video-sharing website YouTube, especially someone who produces and appears in videos on the site. YouTube co-founder Jawed Karim created the first YouTube channel “Jawed” on April 23, 2005.
Things we are doing:
Statistics – Podcast
Statistics – Podcast – Brandwatch
Takeaways: What does all this mean?
Resources: What is a Podcast: https://internationalpodcastday.com/what-is-podcast/
Resources: Podcast Statistics: https://www.podcastinsights.com/podcast-statistics/
Resources: Video Statistics: https://www.thinkwithgoogle.com/consumer-insights/video-trends-where-audience-watching/
Resources: YouTube Statistics: https://www.brandwatch.com/blog/39-youtube-stats/
This is Gresham signing out, please be sure to sign up for the course when it goes live at  http://youareamedia.company/
Tags
facebook igtv instagram podcasts video youtube

Look forward to connecting with you. 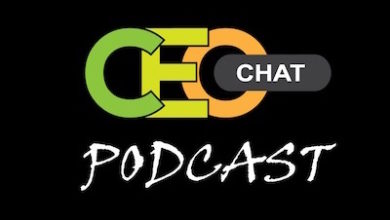 Chat #76 – The Future of Blogging for Business

Chat #54 – You Are a Media Company Podcast Course & Series Preview

This site uses Akismet to reduce spam. Learn how your comment data is processed.

Welcome to the Site!

Hi, my name is Gresh (Gresham), and welcome to CBNation powered by Blue 16 Media (Web Design & SEO). We are a B2B brand that is exists to help over 1M business owners succeed by focusing on resources, visibility & connections (Visibility + Resources x Connections = Success). We are focused on being the #1 business resource for CEOs, entrepreneurs and business owners.

I hope you enjoy this site, and I hope to connect on social media @progreshion or visit my personal site at Iamgresh.com. Please let us know if we can be of any help!

Please note in the sake of transparency our sites do contain affiliate links that pay us a small commission at no extra cost to you. Read our Affiliate Disclaimer.

CBNation TV consist of a collection of videos and content for CEOs, entrepreneurs, startups and business owners. Check out interviews from the I AM CEO Podcast & CEO Chat Podcast, how-to videos from our 2 Minute Drill, Teach a CEO and CEO Hacks, video podcasts and much more.